Completion and launch as planned in spring 2021

Having moved into the new office building at Mittelwand 17 two years ago, another even greater milestone was reached this year in the history of the Erzeugergroßmarkt Langförden-Oldenburg eG (ELO - wholesale market for producers). Building work started in spring 2020 for the neighbouring “Plant 2“, the main warehouse and transhipment point for over 50 fruit and vegetable crops supplied by regional producers and then transported harvest-fresh from here to the entire food retail trade and to wholesalers in the whole of Germany as well as Europe. 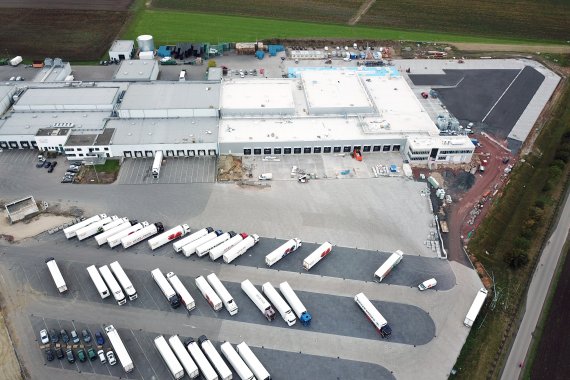 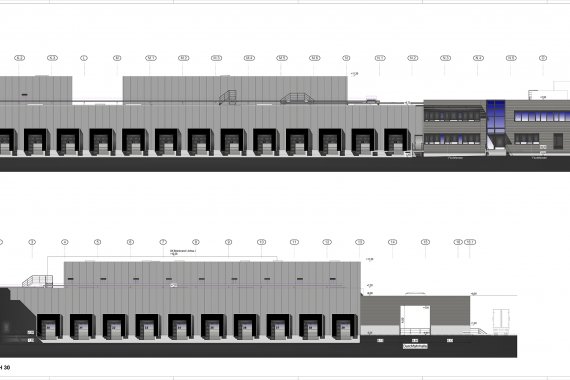 In addition, almost 10,000 square metres encompassing a new cooling and packing area are being created here, where preliminary packing can easily take place if required – something that had often not been possible in the past due to a lack of space. In collaboration with SHI Planungsgesellschaft mbH (planning company) from Oldenburg, who had already realised past building projects for the ELO, an attractive concept was planned and implemented for a total plot size of 10 hectares, which would adequately meet the increased demands of the market. “Our existing capacities at the original location in Langförden (“Plant 1“, Lange Straße) as well as “Plant 2” built 1998 in the industrial park and expanded up until 2008 have already been stretched to their limits for years,“ says Christoph Hövelkamp, ELO’s managing director, explaining the required expansion. The constantly increasing demand for fresh fruit and vegetables and the ever more closely meshed network of discounters in Germany and Europe are just some of the factors why Langförden’s fresh products are increasingly in demand. “Our fruit and vegetables are harvested ‘just in time’ in the field and are transported to the customer,” states Hövelkamp emphasising the freshness factor. “We deliver the ordered products in a maximum of 15 hours within Germany, so that it arrives in the shops truly harvest-fresh.“ Moreover, ELO’s fleet of lorries travels to Scandinavia, Eastern and Southern Europe. In the main season up to 3,000 Euro-pallets of fresh produce are transported from Langförden in every direction.

Complementing the cooling and storage area, a new staff building, a gatekeeper’s lodge, a much larger car park with about 100 spaces as well as the new construction of the company’s own petrol station showcase the company buildings. The fleet of refrigerated lorries was also stocked up with several vehicles this year.

Fresh produce can now be loaded up on a total of 49 docks from spring 2021.  This is based on a sophisticated logistics system and one of the most state-of-the-art warehouse systems currently found on the market. Preparing the new warehouse administration software has been the core issue at the extended plant for months now, so that the launch can be carried out smoothly and the new capacities are put into full operation on schedule at the start of the season.

Whilst the exterior shell of the extended building is already on site and the new parking areas are completed, the interior work is going ahead at full speed. The five central cooling units have been in operation since end of October to reduce the strain on existing capacities and to accommodate part of the storable vegetable varieties.

The building work is on schedule despite the current Coronavirus situation. The participating tradesmen are working hand-in-hand so that work is finished at the start of the season and the completed areas can be handed over to fulfil their future purpose.